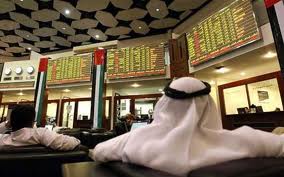 The UAE has planned to implement a new regulation from September to improve monitoring of suspicious cash flows as travellers leaving the country will have to declare large amounts of money, Central Bank officials said during a conference on anti-money laundering in Dubai on Sunday.

Inbound and outbound travellers, under the new regulation, will be required to declare cash in excess of Dh100,000 from September 1 this year.

The new regulation raised the limit on undeclared cash by 150 per cent as the present limit is Dh40,000 and it only applies to arriving passengers.

“Any passenger arriving or leaving the UAE will have to declare cash or any other financial tool carried by them that exceeds Dh100,000 as of September 1,” said Abdul Rahim Al Awadi, Executive Director and Head of the Anti-Money Laundering and Suspicious Cases Unit at the UAE Central Bank. The UAE Federal Customs Authority Acting General Manager Khaled Al Bustani said that the new regulation “is merely for statistical purposes as the UAE doesn’t ban passengers from bringing in or taking out cash and any other financial tools”.

The revised regulation titled: ‘Declaration by travellers entering or leaving the UAE carrying cash and monetary/financial bearer instruments’ is a culmination of efforts of the National Anti-Money Laundering Committee, the Central Bank of the UAE, the Federal Customs Authority and the various Customs Departments in the Emirates.

Addressing the anti-money laundering conference, UAE Central Bank Governor Sultan bin Nasser Al Suwaidi said: “The UAE has a vibrant and a well-diversified open economy. As a major trading and financial centre, the UAE attaches great importance to the regulatory environment and has put in place a strong legal, regulatory and institutional framework to counter money laundering and combat terrorist financing and thereby protect its institutions from any reputation risk.”

Senior bankers and analysts welcomed the move and said Dh100,000 is a reasonable limit to check misuse of money. It will also help to boost tourism in the country as now tourists can bring more money to spend in the UAE, they added. “The announcement will strictly enforce anti-money laundering measures. The limit is very reasonable and you have to justify for what purpose you are carrying that large amount of cash,” Narayan Pradhan, Deputy General Manager, Union Bank of India and head of GCC Operation, told Khaleej Times.

Pradhan also mentioned that carrying more cash into or out of the UAE will benefit tourists from those countries where the regulators of those countries do not have restrictions on inflow or outflow of foreign currency equivalent to Dh100,000.

Mohammed Ali Yasin, chief investment officer at CAPM Investment, also said that the move will help to boost tourism in the UAE and now tourists will have more money to spend.