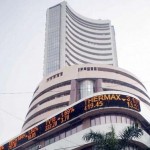 As investments go, India has really great long-term prospects. No doubt about it.

Indeed, India has enjoyed very decent growth rates for the last decade, pulling many of its people out of poverty in the process.

But investing in India can be tricky.

Allow me to show you why.

Number Games
For instance, the budget plan that India Finance Minister Pranab Mukherjee presented on Feb. 28 demonstrated – yet again – that the country is being held back by its government, which cannot break free of its appalling 1950s-era state socialism.

At the same time, the India stock market is trading at an exalted valuation – based entirely on the country’s short-term potential.

The bottom line: If you are interested in investing in India, my advice is to hold off – at least until the inevitable crash has brought share prices down to take account of India’s short-term problems.

At first blush, India Finance Minister Mukherjee’s budget looks plausible. For the fiscal year that ended in March, it claims to have reduced the fiscal deficit from 5.5% of gross domestic product (GDP) to 5.1%. And for the current fiscal year, the spending plan purports to further reduce it – all the way down to 4.6% of GDP.

But those seemingly bullish figures are “warped” by two factors.

First, last September’s telecom-spectrum auctions generated a $23 billion revenue windfall – without which last year’s deficit would actually have been 6.4% of GDP. That’s a substantial overshoot from the February 2010 budget, in a year in which record economic growth has poured revenue into the Indian treasury.

Second, the GDP figure itself increased by more than 20% in India’s just-concluded fiscal year, largely because of a relentless inflation rate that’s in excess of 10%.

Since India’s interest rates are in the 6% to 8% range, the Indian government has made money by borrowing aggressively in the markets at rates that, in real terms, are below 0.00%.

The Looming End to a Boom?
India’s growth rates have been very satisfactory for the last decade, and have brought hundreds of millions of people out of poverty. However, this has also unleashed a torrent of tax revenue, which flowed into India’s Treasury.

Unfortunately, instead of using this “found money” to reduce the fiscal deficit, India spent it.

Now, facing a major inflation problem as well as capacity constraints, India is close to the top of an unsustainable boom. In this situation, the budget should be running a substantial surplus – not a deficit of 4% to 5% of GDP.

Slightly more than a year ago – in March 2010, to be exact – India’s public debt on a consolidated basis was a record 74% of GDP. That debt-to-GDP ratio has been reduced since then, but only because of the low interest rates and the gigantic increase in nominal GDP.

This year’s budget contains still more spending – in fact, 18% more than last year. Some of the increase is quite sensible – a new food-subsidy program to feed the poorest makes some sense, especially when food prices have rocketed up.

However, rather than adding the new program onto all the other subsidies, it should have been funded by reducing India’s fuel-subsidy programs, which are gigantically expensive with oil at $100 per barrel. Those are politically popular – but they are transfers to the middle class, not the poor.

At some point, India’s economic growth is going to slow – maybe as a result of the interest-rate increases necessary to stop inflation spiraling into hyperinflation. At that point, the revenue bonanza for the Indian government will dry up, and the budget deficit will spiral out of control.

The Indian government should know this is possible: It happened to Britain, when former Prime Minister Gordon Brown, another product of 1950s socialism, ran large budget deficits (partly disguised by dodgy accounting) at the top of an economic boom in 2006-07.

Britain will be paying for the fiscal collapse that followed for the next decade – but unlike India, Britain is a relatively rich country. When the Indian budget deficit explodes, the costs to the Indian people will be all too real, and the resulting financial crisis will plunge millions of Indians back into poverty.

A Look Ahead
In the long run, India has fantastic potential; the 8% growth rates of the last decade have been real and India’s rapid integration into the world economy will ensure that the growth rates continue.

Before that happens, however, India’s government must be reformed – stripped of its corruption, and of its 1950s Socialism. That process will be politically painful and will meet with huge resistance from the Congress party – and from other defenders of the status quo. Fortunately, as a democracy, India has in the past shown that its electorate can demand reform.

If you are an investor with an interest in investing in India, you can do no right now besides standing back to wait.

But be prepared: At some point, the India stock market will be down – way down, perhaps as much as 50% to 70% from its recent highs.

When that happens, ignore the cries of warning from those who have lost money, and plunge in. You will be well rewarded.

← The Basics of Oil Trading
How to Invest in Gold →