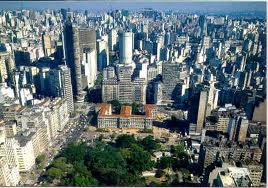 During recent flooding in the Midwest, an enterprising Arkansas man built a moat around his home and property to protect it from the floodwaters.

It worked. His house, possessions, and family remained safe.

Like that guy in Arkansas, says Ronan McMahon, Director of Pathfinder Real Estate, when it comes to our personal financial well-being, we need to think about safety – especially in today’s stormy economic environment.

Ronan – who borrowed the term from Warren Buffett – applies this concept of “moat economics” to every investment he makes. He told us all about it here at the Investment Forum in Toronto. When you’re buying real estate for investment, he says, look for moats – barriers to entry that keep the competition low and boost your potential for profit.

Ronan, an international real estate investment advisor, spends most of his time traveling around the world looking for the best real estate investment deals out there. One of his strategies is to follow the emerging middle class. That’s why, despite falling home prices, he’s not investing in the US these days. The US middle class is struggling. And there are other, bigger problems, too – with no solutions in sight.

But there are many other markets – far more attractive markets, both economically and physically – where we should be investing. Markets with moats. Fortunately, Ronan and his team have done the hard work. He and his top lieutenant, Margaret Summerfield, find projects with huge profit potential at an early stage…when capital is critical and developers are willing to extend massive discounts to investors.

The developer knows that Pathfinder can bring in a number of investors. And this gives Pathfinder a big negotiating advantage. The strength of their group buying power allows them to negotiate price reductions and terms that usually aren’t available to the general public.

But Pathfinder won’t work with just any real estate developer. They only pick those with a solid track record and who are on a solid path to profit. Projects with economic moats… in markets or situations where it is difficult for competitors to gain entry…and sales and margins are protected.

By my count, today at the International Real Estate Investment Forum we learned of a dozen opportunities with big ROI potential…some through capital appreciation, others through rental income, many with both.

Talk about building an economic moat – there’s one around the entire country of Brazil. As Margaret explains:

We like the big picture in Brazil. Just look at these facts:

Brazil is energy-independent. Petrobras just announced another 350 million barrel find of high-quality crude, in a field that contains as much as 80 billion barrels of oil. Brazil is #12 in the world for oil production. Brazil is also one of the top ethanol producers, including sugarcane ethanol to fuel cars. Around 90% of new cars made in Brazil in 2010 were flex-fuel, able to run on any mix of gasoline or ethanol. Meanwhile, 80% of the country’s electricity comes from renewable sources (mainly hydropower).

Today, Brazil is the world’s #5 market for computers, books and music…#4 for cars and refrigerators…#3 for cell phones, TVs, soft drinks and cosmetics…

In short, Brazil’s new middle classes buy the same things we all buy when we have more money in our pockets. And that includes property…upgrading where we live to a better home in a nicer neighborhood, or buying a second home at the beach. Brazil’s middle classes are driving Brazil’s real estate market…

So invest in the right projects in the right markets in Brazil and you could be sitting pretty indeed. Here is one to consider:

In a sweet little beach town with miles of white-sand beaches – just 30 minutes from Brazil’s #1 domestic tourism destination – you can buy a beach lot in a residential community next to a new super-luxurious five-star resort. It’s expected that lot prices will double in the next three years. Listen in to the conference recordings and learn how you can get a big discount (and a low price not available anywhere else) and become an owner here. And the terms Ronan and Margaret have negotiated: No money down and interest-free payments for just two years…

There were other deals in Brazil. I sat through two workshops this afternoon given by Brazilian real estate experts. They both brought four extraordinary deals with top-dollar profit potential.

Closer to home in Costa Rica, Margaret showcased three areas of the country that are overlooked and under-priced. One on the Pacific side, one on the Caribbean side and one in a lush, green tropical mountain lake area (think Lake Tahoe without the people). Lake- and jungle-view lots start at just $19,000 and can be financed over three years, interest-free.
Adma Dababneh,
fastcashforex