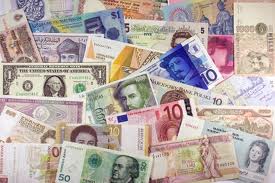 Make Money Selling Money? Why Foreign Currency May Be a Smart Investment

But what if you want to go further with that than the usual methods of playing different sectors in the stock market, or putting a share of your portfolio into conservative bonds or riskier international markets?

You might consider trading foreign currencies, which just a couple of decades ago was an option mostly restricted to big money investors. Now, it’s widely available to the general public, and generating increasing interest.

And in today’s age of social networking, foreign exchange has gone social too: In addition to seeing that a friend “liked” a photo or a business on Facebook, you can now trade on sites that let you see when that friend bought Swiss francs or sold yen.

Foreign currency trading, which became possible for the average investor about 15 years ago, has added that social aspect — and been made all the easier — thanks to online broker OANDA and its retail platform, fxUnity, which has mobile and gamification features. The idea behind their sites is to remove as many barriers to entry as possible, so that anyone — not just savvy investors, can use them.

“It was designed for your mother,” said OANDA CEO Michael Stumm. “The client has to have an opinion on currencies based on economic news. If you think the yen is going to go up, you can make a wager on it.”

Quite simply, OANDA offers real time currency exchange rates and allows participants to act upon that information by speculating and hedging on an interactive dashboard through fxUnity.

Beyond diversity, one perk of currency exchange trading is that when the economy at home is going south, an investor can easily benefit from the downward trajectory.

“If you’re worried about the politics in the U.S. — you’re a naysayer — you can bet against the U.S. dollar, and benefit if it does worse,” said Stumm.

If you’re frustrated with a declining Dow or bearish market indicators, you can take advantage of the doom and gloom with a more well-rounded stab at the market.

“It’s best to delve into different asset classes,” Stumm said. “Most of the general public is used to trading in equities. It’s best to diversify, and the forex market is orders of magnitude bigger and more liquid.” Indeed, it’s 30 times bigger than the Nasdaq and NYSE combined, with over $4 trillion in trades daily.

A Risk, But a Limited One

As exciting as the adrenalin rush of foreign exchange trading can be, it requires as much homework as any other investment, and even then, of course, there are no guarantees. As with any investment, the odds can turn against you. But currency trading offers a bit of protection by being a bit less flexible: You can’t buy any nation’s money on margin, so unlike equity trading, where a bad leveraged buy can leave you owing more than your initial investment, in the currency exchange market, your risk is limited.

“You can lose money, but the big advantage on our platform is you can deposit a dollar, and that’s the maximum amount you risk,” said Alex Case, a product developer at fxUnity and OANDA. “We recommend you put what you are willing to use.”

Though forex trading can help you take advantage of market changes at home, the true advantage can be more global.

It’s difficult for individual investors, whether serious or casual, to perform truly effective due diligence on companies abroad. Meanwhile, in a time of turmoil in the European sovereign bond market and our ongoing global economic issues, the risks can be magnified. Forex trading, though, offers the common investor a more general way to bet on markets abroad.

You can read about the various ways in which, say, Asia is booming, and gain enough insight to let you decide if you want to invest in Asian currencies. It’s more difficult to do the research on individual Japanese companies, for example — unless you’re fluent in Japanese. Only some of the reports or articles are going to be translated.

Also, whereas U.S. companies are scrutinized fairly closely by the SEC, the standards elsewhere around the globe are not always quite as rigorous.

“Regulation is much more lax abroad,” Stumm said. “If you think of the Olympus story and the extremely scandalized situation — you’re more apt to have that with foreign companies.”

Of course, the vicissitudes of the market are complex: The euro went up in value during the European debt crisis.

“The euro has surprised people,” Stumm said. “It was the governments that were intervening to keep the euro prices up. Pumping a lot of money into the economy, so people started buying the euro. Some people are always pessimists and optimists and it plays out on the market, and the market’s always right.”

Though it’s not a shoo-in for capital gains nor a get-rich-quick guarantee, the currency market is gaining traction — with 20% of global trades happening on OANDA.

Why Forex Is So Popular

“It’s a trend,” Case said. “If you go back 10 years or so, forex wasn’t available to retail [investors] at all. Now it’s 10% of every large market. More globalization, people are looking worldwide [rather] than just in their own countries. It’s difficult to make wise investment choices.”

And there are several advantages to trading in the forex markets. It is as easy to sell a currency short — betting on a value decline — as it is to go long — hoping for an increase. With equities, your options are limited in going short. And, whichever way your investment goes, you can close your position and sell anytime: It’s a 24-hour market. By contrast, stocks in U.S. companies get traded till 4 p.m Eastern Time, after which the markets close and the investments become illiquid.

There were many impediments to entry into the foreign exchange market — even when it became available to retail investors.

“We found that a lot of traders found [foreign currencies] more complicated,” Case said. “We wanted to create a new offering for aspiring currency traders without being a detriment to experienced traders.”

That has meant adding a social networking element to the site that connects participants to a wider group of traders, who can help thttp://fastcashforex.com/wp-admin/post.php?post=2837&action=edithem make more educated decisions.

The difference is that when shttp://fastcashforex.com/wp-admin/post.php?post=2837&action=editomeone “likes” the dirham on OANDA, the stakes are higher. “They put their money where their mouth is,” Case said.

There are also no brokerage or transactions fees; OANDA only makes money on the spread. It’s free for all, and it’s allowing more people to enter.

“The platform is democratizing the market,” Case said