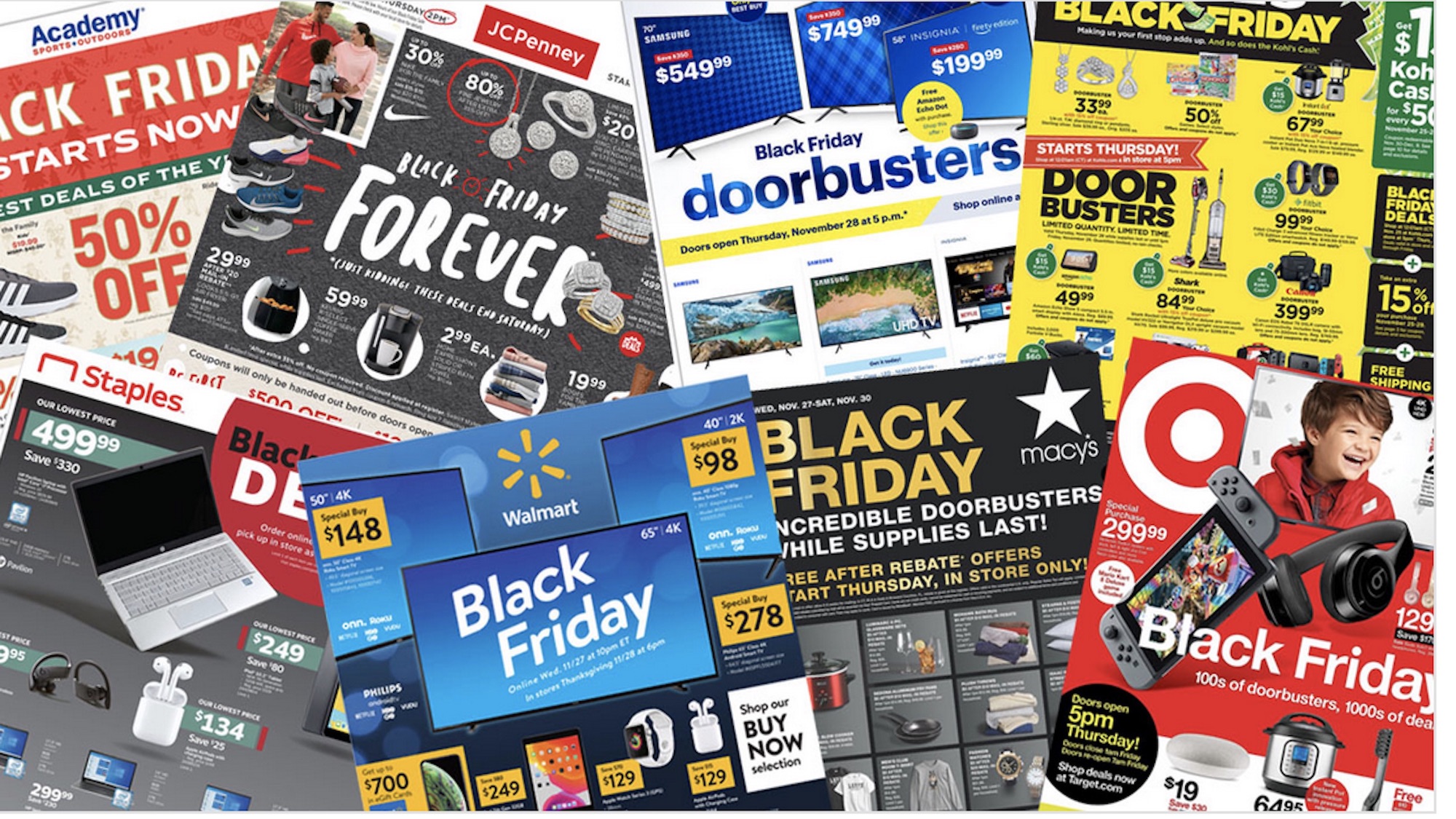 Black Friday is almost here, and with it comes the annual shopping bonanza that kicks off the holiday season.

The shopping weekend, which extends through Cyber Monday, isn’t just an opportunity for shoppers to get some of the best deals of the year on items like electronics, home goods, and toys. It’s also the biggest day of the year for retailers as the rush of gift-givers gives them a spike in business that they depend on to turn a profit.

This year’s holiday season is expected to be a big one. The National Retail Federation predicts holiday sales to increase by 3.8% to 4.2% from 2018 and total $727.9 billion to $730.7 billion. That’s better than the five-year average growth rate of 3.7% and comes after a weak showing in 2018 when holiday sales rose just 2.1% amid a stock market crash and looming government shutdown.

With the economy looking strong this year and the stock market at an all-time high, retailers of consumer discretionary products should be able to capitalize on Black Friday and the holiday season. Below are four stocks that look set to rise off their company’s performances this weekend.

Black Friday still means “doorbuster” sales, but these days plenty of shoppers are doing their gift buying online, and for many, Amazon.com (NASDAQ:AMZN) is the first stop. The company has trained its customers to flood the site for big shopping events like Prime Day and Black Friday, and its Prime membership program cleverly locks in customers with a slew of benefits that would be difficult for any brick-and-mortar retailer to match.

There’s another good to reason to think that Amazon shares will get a boost from Black Friday and the holiday season. The company earlier this year said it would accelerate its standard Prime shipping speed from two days to one day, making the online retailer even more enticing for last-minute gift-givers. The tech giant said it would spend an additional $1.5 billion on shipping costs in the fourth quarter to make one-day delivery happen, but the move is likely to be a winner with customers who favor Amazon because of its fast shipping speeds, wide selection, and easy returns.

Last year, Amazon said Cyber Monday was its best shopping day ever, and this year is likely to see a repeat. Considering that the stock has underperformed the S&P 500 this year, a repeat success could send the stock climbing.

Best Buy‘s (NYSE:BBY) remarkable turnaround has been well documented as the retailer has made a stunning transformation into a relevant brick-and-mortar electronics operation in the e-commerce era. Best Buy is coming off a strong third-quarter performance with adjusted earnings per share rising 22% and a hike in its full-year earnings guidance. It’s not surprising that an electronics retailer is a popular destination on Black Friday. Best Buy sells a range of popular gifts, including televisions, smartphones, and video game consoles, and the company brings in more than one-third of its yearly revenue and about half of its profit in the fourth quarter.

However, you may be surprised to learn that Best Buy is the most-searched-for company for Black Friday, according to online marketing research data from SEMRush. The company also ranks No. 3 for Cyber Monday. According to Google Trends, Best Buy tops both Amazon and Target in searches this time of year, but not Walmart, the nation’s biggest retailer. Based on those statistics, Best Buy could see a healthy sales bump over the holiday shopping weekend, adding to the momentum from its third-quarter earnings report.

Target (NYSE:TGT) has made incredible strides over the last couple of years, remodeling its stores and adding a variety of same-day fulfillment options, including delivery through Shipt, Drive Up (which allows customers to get their orders packed into their cars), and in-store order pickup. As a result of those initiatives, the stock has nearly doubled this year, following two blowout earnings reports over the last three months.

Target is ready for another jump in sales over the holidays. The company has added 50 million payroll hours and has doubled the number of employees focused on fulfillment to make it easier for customers to get their orders. Meanwhile, Target has also added 10,000 new and exclusive toys and thousands of gifts under $15, giving shoppers ample options at any price point. The big-box chain is adding 25 Disney (NYSE:DIS) “shop-in-shops,” making hundreds of products from the Disney universe available in its stores and partnering with Toys R Us to handle that resurrected chain’s online sales.

Not every Black Friday winner is a retail stock. In fact, some companies, like toymakers, are even more dependent on the holiday shopping weekend than stores. Hasbro (NASDAQ:HAS) brings in nearly two-thirds of its revenue in the second half of the year as retailers bulk up on toys, and the manufacturer could be a big winner this year thanks to its partnership with Disney and the release of Frozen 2 last week.

The sequel to the popular movie set a record for biggest opening weekend for an animated film, grossing $350 million around the world, and Hasbro, which makes licensed toys from the franchise, said in October that it was already seeing a strong response to the global launch of Frozen 2 toys, as well as merchandise from Star Wars: The Rise of Skywalker, which will come out in December.

UBS even gave Hasbro an upgrade due to strong sales of Frozen 2 products heading into Black Friday. With the popular movie set to bring in hundreds of millions of dollars over Black Friday weekend, Hasbro is likely to be a winner as well.

5 Stocks that Could Set You Up for Life

I just read that Warren Buffett, the world’s best investor, made over 99% of his massive fortune after his 50th birthday!

It just goes to show you…it’s never too late to start securing your financial future.