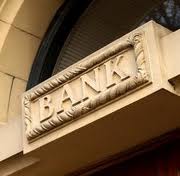 Despite several attempts at consumer-friendly financial reform, banks are still unilaterally changing their contracts with consumers and taking their money.

Minneapolis-based U.S. Bancorp has abruptly raised its annual IRA maintenance fee from $0 to $30 on many customers, leading to a firestorm of complaints on websites frequented by careful savers. The fee increase is particularly painful for consumers who’ve stocked their accounts with low-interest certificates of deposit — the $30 fee eats significantly into their interest earnings.

The change has consumers spitting bullets, because they have few options other than to pay the fee. USBank charges a fee, and a hefty early withdrawal penalty, to depositors who withdraw money in protest of the change.

“The fee increase leaves me and my wife trapped,” said Tom Jackson, 47, of Ohio, in an e-mail to msnbc.com. “And also there’s the thought: what’s to stop them from raising it again and again and again? Nothing. … When I called the Customer Service line to discuss the problem, the CSR told me they were well within their rights to make these two increases. I then asked why not increase the fee to 50 dollars, or 500, or 5000? Her reply was that if they wished to do so, they could.”

Because he and his wife both have their money locked in to 5-year CDs, the real cost to his family will be $300, he said.

USBank’s Teri Charest said in an e-mail to msnbc.com that the fee increase “helps offset the administrative costs on investment accounts.”

Jackson, like many other consumers, says he was assured there were no fees when he opened the IRA and purchased the conservative investments. Last year, USBank informed some account holders that there would be a $10 fee but that it would be waived for consumers whose balances exceeded $5,000. Recently, the bank told customers that the new fee was $30 and that they’d have to deposit $25,000 to qualify for a fee waiver. For most IRA account holders, that’s impossible, however — annual contributions to IRA accounts are capped for most U.S. adults at $5,000 annually.

Zenobia Lal, who lives near Sacramento, Calif., urged her son to open a small IRA with USBank when he was able to scrape together $2,000 after a year of medical school. A 5-year CD earning 4.25 percent interest seemed like a good deal at the time, but now she feels like she gave him bad advice.

“Basically this is their way of taking away our interest,” she said. “I strongly suspect they will keep raising the fee every year. … The bank seems to have really hit the jackpot with the idea of charging maintenance fees.”

She provided several e-mails that she said were from the bank, including one that arrived from an address called “U.S. Bancorp Executive Response.”

“We are sorry to hear of your disappointment with the increase of the annual fee for your IRA account,” it read. “Please be assured, decisions such as this are not made without careful consideration for our customers. As with any industry, the banking industry is constantly changing, and it is fair to say the products and services offered today are very different from those offered even in the recent past.”

It goes on to cite contract language that allows the bank to make the unilateral change in terms.

“When you opened your IRA with U.S. Bank, you were provided with the IRA Custodial Booklet, acknowledgement of the receipt of which is evidenced by your signature on the IRA Application Form dated March 9, 2009. On page 1, section 8.04 of the Custodial Booklet, it states ‘We may change the fees at any time by providing you with notice of such changes,'” it reads. It concludes, “Again, we regret any frustration this matter may have caused for you. We truly value you as a U.S. Bank customer and we appreciate your business.”

“I liken this situation to the school bully taking one’s lunch money every day. You hand over the money — the lesser pain — or you take a pounding — the greater pain,” he said. “You get a choice, absolutely. It just so happens, both choices suck, and the bully knows you’ll hand over the lunch money to avoid the major beating.”

One intriguing element of USBank’s fee increase: It doesn’t change the published CD interest rates. So the firm’s ranking on various interest CD yield-ranking tools is not affected, even though the real return for IRA investors has taken a hit. This is a common tactic in the world of Gotcha Capitalism, one deftly employed by airlines — web tools that rank air fare prices don’t take into account hefty baggage fees, for example, giving an advantage to airlines that charge low ticket prices but high fees.

Banking analyst Greg McBride of BankRate.com said fees for low-balance IRA accounts were “not uncommon” in the investment community.  He suggested frustrated consumers rollover their CDs to a new bank that offers no-fee IRAs.

“You don’t need to liquidate the CD to do a rollover,” he said, which would eliminate the early withdrawal penalty.

Consumers would still face a “close-out” fee from USBank, however.

“A big hike in minimum balance requirements from one year to the next on an IRA hamstrings investors, no doubt about it. You can’t blame people for being upset,” he said.

Both Jackson and Lal say they want USBank to simply let them take their money back without penalty, so they can do business elsewhere. But withdrawal penalties make that impossible. And even if it were possible, there’s no way Lal can find a 4.5 percent interest rate today.

“The key thing here is that USBank signed me to a contract where they are apparently allowed to change the terms and I am not permitted to exit when and if they do so,” Jackson said. “I feel that I am the victim of a bait and switch. I feel like USBank knows that and is taking extra profit for itself, profit I never agreed to at the outset.”

How to Make Money in Trading

Forex Trading Rules to Profit By!