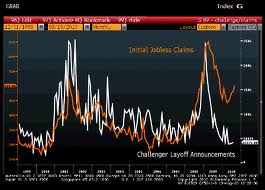 The economics research team at Goldman Sachs has done excellent work over the past few years; they were among the most prescient forecasters in seeing the economic damage that the housing bust and credit crisis would wreak. So their analysis is worth a particularly close read.

What to make of their latest research note? It is something of a glass half-full, glass half-empty story. Here are excerpts from the report, by Ed McKelvey, issued Thursday. Make your own call on whether to view this take on the U.S. economic outlook as fundamentally optimistic or pessimistic.

“We think a double dip [recession] has a meaningful probability–25 to 30% in our estimation–but it is not in our base case. A big reason for this judgment is that several key components of private-sector activity have already fallen to levels that are quite low relative to historical averages or underlying fundamentals.”

“We note the following five sources of protection against a renewed downturn in economic activity–areas where we think the scope for further downside to US real GDP is limited.”

“Housing activity . . . Housing starts have fallen to an extremely low level . . . not only by historical standards but in comparison to the rate of household formation . . . Household formation is normally about twice as high as the latest starts rate. Thus, while we do not expect housing to perform its usual role as a cyclical driver of growth, we also see relatively little downside to home building.”

“Capital spending, especially on equipment . . . The slowdown in growth could shorten this reinvestment cycle, but it is unlikely that net business investment will turn negative unless the economy tumbles a lot further.”

“Autos and other consumer durable goods . . . The low levels to which these outlays have fallen appear to represent a resistance point of sorts.”

“Household saving . . . We doubt households will be eager to reduce saving at a time when economic prospects are as uncertain as they appear to be today, but they might see some justification in doing so to replace worn-out durable goods, especially if their outlays for residential investment remain low.”

“Employment . . . The fact that companies have so far done little to reverse the steep payroll cuts implemented during the recession suggests to us that they may have some room to absorb disappointments in demand before they resort to renewed layoffs.”

Let me try to summarize McKelvey’s argument a slightly different way. Activity in each of these areas fell so much during the recession that they just don’t have much more room to fall, even if the recovery continues to disappoint. So while sluggish growth may be with us for a while, it’s unlikely that there would be a return to actual contraction in economic activity.