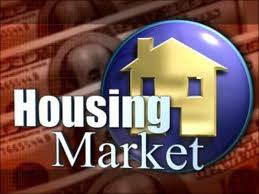 With the latest data pointing to a double-dip in home prices, it has become increasingly clear that the wobbly economic recovery won’t be getting any help from the housing sector.

Existing home sales in February sank 9.6% from the previous month, while prices fell 5.2% to a median of $156,000, the lowest since April 2002. Existing homes comprise 90% of the housing market.
Meanwhile, new homes sales in February plummeted to an annual rate of 250,000, far below the norm of 700,000 and a level half that of 1963, when the United States had 120 million fewer residents than its current population of 310 million. The median sales price plunged 8.9% year-over-year.

But the worst news came with last Tuesday’s release of Standard and Poor’s Case-Shiller Home Price Index. The index average of 20 major housing markets in the United States fell 3.1% in January, putting it within 1.1% of its April 2009 low. A drop below that level would establish a new post-peak low – the dreaded “double-dip.”

“Keeping with the trends set in late 2010, January brings us weakening home prices with no real hope in sight for the near future,” David M. Blitzer, Chairman of the Index Committee at Standard & Poor’s, wrote in the March 29 report. “At most, we have seen all statistics bounce along their troughs; at worst, the feared double-dip recession may be materializing.”

Traders took a dim view of the report last week, slamming most of the major homebuilders stocks. By Friday’s close, Lennar Corporation (NYSE: LEN) was down 7.3%; KB Home (NYSE: KBH) 5.76%; Toll Brothers Inc. (NYSE: TOL) 3.52%; The Ryland Group Inc. (NYSE: RYL) 3.29%; and PulteGroup Inc. (NYSE: PHM) 2.35%.
Many analysts see home prices continuing their decline through most of 2011, making a double-dip inevitable.
“I think prices will drop another 5% to 10%,” Patrick Newport, a housing market analyst for IHS Global Insight, told CNNMoney. “The double dip will hit in the next couple of months.”

A Long Way Down

The housing market has struggled to right itself for many reasons. Perhaps the most prominent was the extent of the bubble; the more extreme any investment bubble, the longer and more painful the recovery.

At the peak in 2005, home prices were 65%-70% higher than what they should have been according to historic norms (see charts). The current 31% decline from the peak has not been enough to return housing to the trend lines it had hugged for decades, so it’s likely prices could fall a bit more before finally reversing.

The key driver is the large number of homes on the market, which keeps pressuring prices even lower. The National Association of Realtors says February’s inventory represented an 8.6-month supply based on an annual sales rate of 4.88 million units; anything above six to seven months typically pushes prices down.

But some think the situation is far direr. Private research firm CoreLogic estimates the annual sales rate at 3.6 million units, which translates to a 17-month supply.
“That implies significant downward price pressure – which we’re actually observing,” Mark Fleming, chief economist at CoreLogic, told MSNBC.com. Prices are falling month over month – and year over year again – at a pretty significant pace at the moment.”

Some of the excess inventory is an aftereffect of the overbuilding that took place during the boom, but much of it has resulted from the endless stream of foreclosures.

Short sales and foreclosures made up 39% of February’s transactions, up from 35% a year ago. The higher proportion of distressed properties, which in 2010 sold at 28% below market value on average, is yet another anchor on prices.

Moreover, CoreLogic reported that the “shadow inventory” – properties either with a loan 90 days past due or already in foreclosure but not yet on the market – numbered 1.8 million at the end of January.

And that figure doesn’t include the two million homes that are more than 50% underwater, which means they are worth less than half of what is owed on the mortgage. According to CoreLogic, most of those will end up in the foreclosure pipeline as well.

“We don’t even know what the inventory is,” Steve Blitz, a senior economist at ITG Investment Research in New York told Reuters. “We see a visible supply but then there is a shadow supply that comes on and off the market depending on the time of the year. It’s still a morbid market on a national level.”

Of course, lingering issues with the U.S. economy, particularly the stubbornly high unemployment rate and tighter credit, have reduced the number of eligible buyers.

“The adjustment in the housing market is going to take a long time,” IHS Global Insight’s Newport told the Los Angeles Times. “The numbers have been absolutely horrible, and I think a lot of this is related to the fact that we haven’t done much of a job getting rid of the glut.”

Construction of one new home creates three jobs for a year and generates $90,000 in taxes, according to the National Association of Home Builders. And people who buy existing homes usually spend money on furnishings, appliances and home improvements, which benefits thousands of businesses.

The steep decline in values – homeowners have lost $8.3 trillion – has subtracted money that could have stimulated the economy.

“The housing market is still very depressed and a major drag on the economy, especially household net worth,” Chris Christopher, an economist at IHS Global Insight, told Reuters.

The silver lining, if there is one, is that the housing market can’t get much worse. Residential investment has dropped from 6% of the gross domestic product (GDP) in 2005 to 2.2%. Housing historically averages about 5% of the GDP.

Residential construction employment has dropped to 1.6% of all jobs from 2.5%.

The one positive report last week was the pending sales of existing homes. The National Association of Realtors reported an increase of 2.1% in Americans signing contracts to buy. Pending sales is a leading indicator, presaging the home sales data (counted when the sale closes) by about two months.
When home sales eventually do rebound, prices should follow as the market finds its equilibrium. But if the market returns to its historic patterns, home values won’t reach the levels of 2005 for about 20 years.

“We may not see notable gains in existing-home sales in the near term, but they’re expected to rise 5 to 10 percent this year with the economic recovery,job creationand excellent affordability,” Lawrence Yun, the NAR’s chief economist, said in a statement.