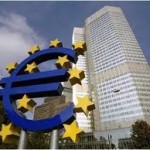 The 17-nation common currency depreciated versus all but two its major counterparts after Portugal was cut two steps by Moody’s yesterday to A3, four steps from so-called junk status. The rating company said its outlook remained negative given Portugal’s “subdued growth prospects” and risks that the government won’t be able to implement deficit-reduction plans.

“The euro’s under pressure after Portugal’s downgrade,” said Jane Foley, a senior strategist at Rabobank International in London. “Momentum for euro buying has waned.”

Technical analysis suggests the euro’s outlook has worsened after its failure to sustain gains past $1.40, Foley said.

Portugal “faces significant challenges, not least a less supportive economic environment,” Moody’s said in a statement late yesterday. The country’s gross domestic product is expected to “decline this year and experience a weak recovery at best in 2012,” Moody’s said.

Finance ministers from the euro countries failed on March 14 to decide how to bring the emergency aid fund up to its full 440 billion euros ($615 billion) from around 250 billion euros currently. Luxembourg’s Jean-Claude Juncker said a “few points of detail” might not be settled by the March 24-25 summit. He called another gathering of euro-area finance ministers for March 21.

To contact the reporters on this story: Keith Jenkins in London at kjenkins3@bloomberg.net; Yoshiaki Nohara in Tokyo at ynohara1@bloomberg.net

To contact the editor responsible for this story: Daniel Tilles at dtilles@bloomberg.net