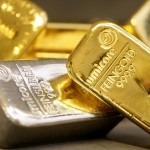 Gold has gotten a lot of attention recently, as the yellow metal earlier this month rose to yet another record high. However, gold’s little brother – silver – shouldn’t be forgotten.

Although gold has garnered most of the headlines – thanks primarily to its historic role as a hedge against both inflation and the political turmoil – silver has actually turned in a far more impressive performance since mid-2010.

In fact, the silver futures contract calling for May 2011 delivery – traded on the Comex division of Chicago’s CME Group Inc. (Nasdaq: CME) – has risen more than four times as much as gold over the past seven months.

Since each Comex silver futures contract represents 5,000 ounces of silver – meaning each one-cent move in the price is worth $50 – that translates to a profit of $83,315.

So, if you were one of the investors astute enough to catch the full ride in silver – or if you’re just sitting on a sizeable gain in the white metal – what should you do now?

Well, it may be time to start protecting your profits by hedging against a potential decline.

Hedging Silver
Given the size of silver’s advance, a pullback seems inevitable – despite the Middle East unrest and related specter of inflation linked to rising prices for oil and other commodities.

There are three ways to hedge against a potential decline.

The first and most obvious choice ­- if you hold silver futures or a sizable quantity of physical silver – would be to use the same strategy detailed in our earlier story on hedging gold profits. In other words, you can “insure” your gains by purchasing one at-the-money put option for each “long” silver futures contract you hold (or for the equivalent amount of silver coins or bullion).

The only problem with this approach is that the dramatic rise in silver prices has caused an equally sharp jump in silver option premiums. For example, based on the March 1 closing price of $34.780 for the May silver future, the price for the at-the-money May $35.00 Comex silver put option settled at $2.236 per ounce – or $11,180 for the full 5,000-ounce contract.

That’s a hefty premium to pay for an insurance policy that will only last about a month and a half (the May 2011 silver options expire on Tuesday, April 26) – and it doesn’t even provide that much protection. To wit, the price of the May future would have to fall to $32.764 (the $35.00 strike price minus the $2.236 option premium = $32.764) before the insurance would even kick in, which would cost you $10,080 of your current profits.

That’s not the most attractive scenario at this stage of the game – especially for a futures position, where a stop-loss order would likely work just as well.

Of course, that’s not much better than our first option.

Fortunately, there’s a third way to structure an option hedge that’s perfect for a situation like this. It uses three options instead of just one – and, in most cases, it can be positioned at little or no net cost.

The Best Way to “Insure” Your Silver Gains
Let’s review the circumstances again to set the stage for an example.

At the market close on March 1, the May Comex silver future was priced at $34.780 per ounce, giving those who bought in mid-2010 a profit of around $80,000. Although economic and market conditions seem generally bullish, there’s always the risk of a price pullback in the two months before the future comes due for delivery, and high option premiums make a traditional “insurance” hedge using put options prohibitively expensive – especially since you’d have to give back $10,000 to $12,000 in profits before it even provided any protection.

However, unlike gold, which is driven largely by investor emotions and can thus make really big moves in a short period of time, silver has some restraining factors that make a huge short-term drop unlikely.

Although it hasn’t been used in U.S. coins since 1965, silver is still viewed as an attractive investment – especially among those who can’t afford gold – and it’s in high demand as an industrial commodity, being utilized in jewelry-making, photographic processes and the manufacture of various electronics products. It’s also much more difficult to recycle than gold, impacting the supply side and providing a further prop for prices.

As a result, you think it’s unlikely a short-term silver correction would cover more than $2 to $3 an ounce – and you also feel that, given the strong advance already, any price gains between now and May would be similarly limited.

So, you decide to position a three-legged option hedge that will protect against a drop of that size while still allowing you to profit should prices move modestly higher before May. Here’s what you’d do, using the futures and options prices quoted at the market close on March 1:

* Your maximum loss on any downward move in the May silver futures price would be absolutely limited to $1,710 – until the price dropped below the $32.00 strike price of the put you sold. After that, the loss would mount at the same pace as the loss on the futures contract, though your net overall loss would always be $12,190 less than the loss on the future alone, regardless of how far prices fell.
* You would add to your profits on any upward move in the May silver futures price – though your profit would be $310 less than on the future alone, reflecting the net cost of the hedge.
* You would reach a maximum additional profit of $10,790 once the futures price went above the $37.00 strike price of the call option you sold. After that, you would lose out on any additional profit because losses on the short call you sold would offset gains on your long futures contract.

For a look at the potential outcomes of this hedge at various silver prices – both higher and lower – check out the accompanying table. (Note: The top line shows the opening values of the hedge and the results shown assume the positions are held until the options expire.)

Be aware, however, that you are under no obligation to hold the initial hedge until expiration. If prices move substantially in either direction, you can “roll” the options to higher (or lower) strike-price levels, thus adjusting the profit/loss parameters of the hedge.

Should late April arrive and you think silver is still headed higher, you can also roll your entire position to a futures delivery month later in the year – say July, September or December – positioning a new options hedge with the appropriate strike prices at the time. (Note: The expiration dates for the July, September and December silver options are June 27, August 25 and November 22, respectively.)

If you’ve made your silver investment using mining stocks, the same triple-pronged hedge will work with them if they have listed options, though very few pure-play silver stocks are traded on U.S. exchanges. In addition, a simple put-purchase hedge may prove cheaper and easier to implement with an individual stock than with the much higher-valued futures contracts.

Fund investors also can use either strategy to hedge their holdings in the five U.S.-listed, silver-oriented exchange-traded funds (ETFs) on which options are traded – two examples being the iShares Silver Trust Fund (NYSE: SLV) and the PowerShares DB Silver Fund (NYSE: DBS).

(Note: ZSL is also an “inverse” fund, meaning its share prices rise when silver prices fall. As such, its shares can actually be purchased to hedge against declines in silver prices – but that’s another story entirely.)