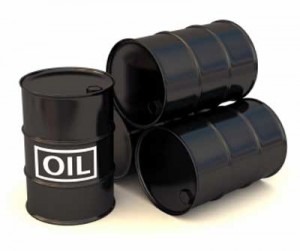 The unrest in the Middle East oil patch is roiling the global oil markets on an almost daily basis.

The events in Egypt, Libya, Saudi Arabia, Oman and other countries are also forcing us to ask that long-dreaded question: What happens if the countries throughout the Middle East region fall to radical governments?

The answer is both stunning and surprising.

In an absolute worst-case scenario – if the entire Middle East falls under radical control – we could be looking at $300-a-barrel oil and pump prices of $9.57 a gallon. Definitely a stunner.

Here’s the surprise: Even such a worst-case outcome would not result in the end of Western civilization as we know it. In fact, you can hedge against such a meltdown – just follow the recommendations that we detail below.

A “Model” of Chaos
The Middle Eastern and North African (MENA) countries produced 22.7 million barrels per day in 2010, rather more than U.S. consumption.

However, two of those countries can be left out of the equation. Iran already is run by radicals – any change there would be an upgrade. And Iraq is a democracy that’s host to 50,000 U.S. troops; one must hope that a regional collapse would pass it by.

Realistically speaking, even if run by radicals, Middle Eastern countries will not stop exporting oil; they need the money. And it won’t even matter if these countries refuse to export to the West: If their oil goes to China, India or elsewhere, it will simply be a substitute for – and therefore free up – oil that had been coming from other regions.

Now I will concede that a wholesale change to economically inept regimes in the Middle East will lead to reduced output. For instance, when the Shah Mohammad Reza Pahlavi was ousted in the Iranian Revolution of 1979, output fell from 6 million barrels a day to 3 million – a 50% decline.

A decline of a similar magnitude seems a reasonable assumption for Middle East countries that succumb to radicalism. If all of them except Iran and Iraq went radical, that would reduce global energy output by 9.9 million barrels per day – or 11.4% of last year’s total world output.

It used to be very difficult to figure out how much price effect a supply shortfall might have, but fortunately we now have a “control experiment” to use as a model. I’m talking, of course, about the record-oil-price spike of 2007-08.

Between the summer of 2007 and its successor in 2008, oil prices rose by 70% while U.S. consumption fell by 4% (when the year’s modest economic growth is corrected for).

That means the “price elasticity of demand” – an economic term that measures the responsiveness of buyers to a change in price – is about 4/70. Plug that figure back into the supply shortage of 11.4% and you get a price increase of about 200% (Output Reduction of 11.4% x Price Elasticity of 70/4 = Price Change of 200%).

You can quibble with the exact number: Europe has higher gas taxes than the United States, so would see less of a drop in demand than we would; emerging-market economies, on the other hand, are much poorer, and might well see an even-bigger drop-off in demand, perhaps even returning to bicycle transportation.

Even so, our $300-a-barrel estimate feels like a good round number that’s backed by logic and a certain economic soundness.

That’s not enough to afford the payments on a $41,000 Chevy Volt, suggesting that government-backed schemes to shunt the citizenry out of their gas-guzzlers still remain uneconomic – even with crude oil at $300 a barrel.

The more-damaging economic impact would be on the U.S. balance of payments. The $265 billion that it cost to import oil in 2010 would balloon to about $800 billion. And that’s including the decline in oil-related consumption that would result from the big surge in oil and gasoline prices.

Were this scenario to become real, we’d watch as the U.S. balance-of-payments deficit soared to more than $1 trillion. We might even see a collapse of the U.S. dollar – at the very least, an implosion of the greenback would be a very real possibility.

Pulling 4% of gross domestic product (GDP) out of the U.S. economy would absolutely tip us into a recession. And this second downturn would be somewhat deeper than its 2008-09 predecessor.

Inflation would also be a problem, probably rising into double digits as it did in the 1970s – essentially “stagflation,” given the already-high unemployment rate the nation currently faces.

At this point, it would matter a lot what government and the U.S. Federal Reserve opted to do.

If the administration then in office followed the fiscal “stimulus” and ultra-loose money policies of 2008-10, the result would be economic collapse. The budget deficit would soar toward $3 trillion, and the shortfall would be impossible to finance: Nobody would want to buy that amount of U.S. Treasuries from a country with such a massive balance-of-payments deficit.

Meanwhile, with short-term interest rates 10% below the inflation rate, inflation itself would spiral into hyperinflation.

The result would be a total economic collapse.

Such a collapse would be avoidable with different policies. If interest rates were raised a few points above inflation, that would reward savers, and provide a brake on inflation. It would also produce a Reagan-era rate of job creation, as high interest rates would make it cheaper for employers to hire labor than to invest in expensive equipment.

Finally, reducing public spending and thereby reducing the deficit would also free up the capital markets and banking system for small business, normally the chief creator of jobs. Thus, in this scenario, the nasty recession would be brief, and would quickly give way to healthy, vigorous recovery with inflation declining.

A broad revolution in the Middle East does not necessarily translate into a total economic collapse here. But how our country fares – and whether we avoid such a meltdown – completely depends on how our elected leaders and central bankers react.

No matter what happens, you don’t have to suffer. In fact, as an investor, hedging against the possibility of a Middle East revolution is surprisingly easy. Just buy the Canadian tar sands oil companies Suncor Energy Inc. (NYSE: SU) and Cenovus Energy Inc. (NYSE ADR: CVE).

Energy analysts talk a lot about the “economics” of tar sands – industry jargon for “what level of oil prices allows tar-sands players to turn a profit?”

We could go through that math here, too. But we don’t have to – for the answer is clear.

Actions to Take: The unrest in the Middle East is on every investor’s radar – especially now that oil is over the $100-a-barrel mark. But what happens if things really fall apart in a region that’s home to two-thirds of the world’s known crude oil reserves?

Well, under a worst-case (but not Doomsday) scenario, we could be looking at $300-a-barrel oil and $9.57-a-gallon gasoline.

Here in the United States, a lot will depend on what Washington does. But U.S. investors have choices. In fact, hedging against the possibility of a Middle East revolution is surprisingly easy. Just buy tar-sands stocks.

Everyone always talks about the “economics” of tar sands. Experts identify particular price levels of oil that turn tar-sands companies into viable – and profitable – businesses.

Under our worst-case scenario, this is irrelevant. With oil at $300 a barrel, make no mistake: These companies are profitable. Indeed, they’re a steal.

Related Articles
Gold prices will hit $2,500 in the near future
Global Investing Strategies
Profit From the One Company That Will Win the “Mobile Internet” Gold Rush
Different Investment Methods
Trade Spot Gold Online
Trade Oile Online
Trade Commodities Online
With Egypt in Turmoil, Oil and Food Prices Climb
Why you should Buy Rice Future
Shares rally as Mubarak resigns
Why you should Buy Rice Future

← Gold prices will hit $2,500 in the near future
Currency Investing: Where to Turn When the Dollar, Euro and Pound Let You Down →