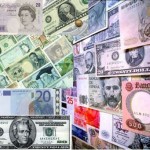 Currency Investing is something of hustler’s shell game right now. No matter which of the Big Three developed-market currencies you choose, you’re setting yourself up to be swindled.

Here’s how it works.

First, traders use the U.S. budget deficit and on the U.S. Federal Reserve’s expansive monetary stimulus program to push down the U.S. dollar.

Then they focus on Europe’s sovereign debt troubles – Moody’s Corp.’s (NYSE: MCO) junky B1 rating for Greek bonds, for example – and tank the European euro.

And occasionally, just for kicks, they turn their ire on Britain’s rapidly rising inflation, which is now above 4%, and the strident opposition to the U.K. Prime Minister David Cameron’s fairly modest budget cuts and knock down the British pound.

So far, the only major, developed-market currency traders haven’t torpedoed is the Japanese yen – even though Japan has more government debt than Greece, in terms of its gross domestic product (GDP).

All this bearish activity illustrates the currency markets’ fundamental problem: If all the major currencies are weak and deserve to be shorted, against what do you short them?

If you’re looking to short Western currencies, one possibility is to short them against emerging-market currencies, such as the Chinese yuan, the Indian rupee, the Brazilian real and the Russian ruble.

But if you look closely, you’ll discover that this isn’t a terribly attractive proposition.

India and Brazil are running large government budget deficits, in spite of their amazing booms, and both currencies are highly vulnerable to a sudden monetary tightening or a downturn in the global economy.

China, meanwhile, tightly manages its currency. There is certainly potential for the yuan to rise, provided that China maintains its present policy of allowing fairly free inflows of foreign capital while barring outflows of its own savers’ money.

However, Chinese domestic inflation is showing signs of taking off, and wage levels in the coastal cities are rapidly rising. That raises the risk that China’s balance-of-payments surplus could suddenly go into reverse as the country becomes cost-uncompetitive. Thus, while China’s yuan is certainly the best risk of the four “BRIC” countries, it’s not wholly reliable.

As for Russia, don’t make me laugh. The country has the highest ratio of billionaires to GDP in the world, according to the 2011 Forbes billionaires list. That is a pretty good signal that its economy is thoroughly unsound.

Having said all this, there are some smaller alternatives that make sense for currency investing.

Canada and Australia are reasonably well-run countries with large commodity exposures. So they should do well as long as the current commodity boom continues. Neither country has any special vulnerability; their only problem is that they both are rather small to absorb a large share of the world’s trillion-dollar foreign exchange flows.

In the Asia-Pacific region, South Korea, Taiwan, and Singapore all have superbly-run economies that are structurally sound. Of course, they differ from Canada and Australia by being “short” on commodities and energy. In other words, the economies of South Korea, Taiwan, and Singapore would benefit if commodities and energy prices dropped – provided a global downturn did not accompany that fall.

A currency portfolio that contains those five currencies – the South Korean won, the new Taiwan dollar, the Singapore dollar, the Canadian dollar, and the Australian dollar – could thus be relied upon to maintain its value better than most.

All That Glitters
Then there’s gold and silver. Increasingly, the world’s traders appear to be concluding that gold is likely to become a bigger part of global trade, reassuming its role as a major form of world money. The People’s Bank of China (PBOC) is buying gold; we also know that Chinese citizens are buying gold in large quantities. The Chinese people may be even keener on silver, since silver – not gold – was the traditional Chinese monetary unit.

Governments and central banks will fight hard to keep gold and silver from resuming their role as major world monies: After all, should that happen, these governments would lose all the lovely seigniorage profit they earn from printing their own money.

But these players may be almost powerless to stop it. An increasing number of banks now offer gold-based accounts, the SWIFT international payments system is now accepting transactions in gold, and JPMorgan Chase & Co. (NYSE: JPM) announced last month that it would accept gold as transaction collateral.

If governments don’t do their job of preserving the value of money, the private sector may increasingly do that job for them, by moving to gold for its own transactions.

The attempt by traders to make all major currencies weak against each other at the same time – derisively dubbed as “The Race to the Bottom” – thus has an underlying meaning. By keeping interest rates at ultra-low levels for 2½ years, U.S. Federal Reserve Chairman Ben S. Bernanke and other world central bankers have awakened a demon.

There’s so much paper about that it is increasingly losing its value. Whatever the heavily doctored official inflation figures say, the world economic position is increasingly like that of Britain at the end of Henry VIII’s reign, when an extravagant government had spent all the money, even the immense windfall from “dissolving” the monasteries.

At the time, even the coinage became so debased that it lost its value. That period gave rise to Sir Thomas Gresham’s Law, which holds that bad money, in a free system, will drive out good, as everybody will hoard the good and use the bad for transactions.

It seems likely that we are about to re-learn some very old economic truths.

Other Stories
Oil could reach $300 a Barrel
Gold prices will hit $2,500 in the near future
Global Investing Strategies
Profit From the One Company That Will Win the “Mobile Internet” Gold Rush
Different Investment Methods
Trade Spot Gold Online
Trade Oile Online
Trade Commodities Online
With Egypt in Turmoil, Oil and Food Prices Climb
Why you should Buy Rice Future
Shares rally as Mubarak resigns
Why you should Buy Rice Future