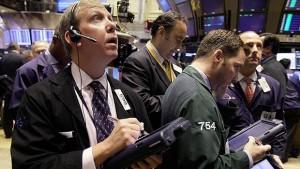 By REUTERS – NEW YORK/LONDON: Crude oil prices fell on Tuesday after a meeting between French and German leaders failed to ease concerns about the euro zone debt crisis.

Concerns about the debt crisis have weighed on oil markets in recent weeks, adding to worries about weak US economic data that could hit fuel demand.

“It doesn’t look like the two biggest items were seriously discussed today — the potential for a euro bond and the size of the stabilization/bailout fund,” said Edward Meir, senior commodity analyst for MF Global in New York.
Crude prices dropped before the meeting as data showed sluggish German growth hobbled the euro zone, dragging US stocks. The euro slid against the dollar.

“It is still vacation, and we will likely remain range-bound over the next two weeks,” said Richard Ilczyszyn, senior market strategist at MF Global in Chicago. “Once we have a direction for crude, we will see big money come back in.”

Implied volatility, as measured by the Chicago Board Options Exchange’s Oil Volatility Index, while up modestly on the day, remained firmly entrenched in a four-day downward move Tuesday, as underlying crude oil prices on NYMEX traded within an established range.

Global stocks and the euro slid on Tuesday. The euro was down 0.27 percent. The benchmark 10-year US Treasury note rose 17/32 in price to yield at 2.25 percent, down from 2.30 percent earlier in the session.