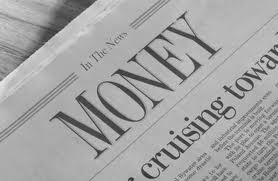 A pick-up in trading revenue in the first quarter of 2012 disguises a chilling future for investment banks who need to drastically cull their business under new regulation.

Many banks have cut down their activities in the past year, but the reductions have for the most part been around the fringes, without forcing them to give up on widely-held ambitions to be among the world’s top players.

Another round of job cuts this spring could be delayed as a result of an improvement in certain business lines such as bond trading — a key money spinner — since politicians averted a further worsening of the euro zone debt crisis. But sector experts do not expect the sun to shine for long.

“The first quarter was good. But I’m pretty skeptical that can be carried through as a meaningful structural change. There are still underlying problems,” said Andrew Lim, analyst at Espirito Santo Investment Bank.

For fees in advisory businesses such as mergers and acquisitions and stock listings, the first quarter was the slowest since early 2009 – just after the worst of the crisis. Fee income here dipped 6 percent from a dismal 2011 year-end, Thomson Reuters data showed.

But within that, some areas shone, including debt capital markets, the divisions that help borrowers issue bonds. Here, fees rose 81 percent on the fourth quarter of 2011.

And while new stock market listings and M&A did not produce big fees in the first quarter, a revival in deals announced by March points to further potential here.

Meanwhile, bond trading, which dented banks’ earnings at the end of 2011, staged something of a recovery in early 2012.

These mixed signals are making it even tougher for top firms in a period of strategic soul-searching to make a call on which businesses to keep and which to chop.

Most of Europe’s big banks report first-quarter results in a month’s time, including such as Santander, Deutsche Bank, Barclays, BBVA and Credit Suisse. JPMorgan is one of the first U.S. major investment banks to post results.

For now, most investment banks are likely to stick to their new motto of not wanting to be “everything to everyone,” trimming the marginal businesses they perform least well in, or focusing more on the regions where they have the greatest reach.

Politicians have put a halt to some of the most lucrative activities in investment banking, such as betting in capital markets with their own money, and designing the complex debt instruments that turned toxic in the crisis.

Switzerland’s UBS and Credit Suisse and France’s BNP Paribas and Societe Generale have been shedding risky assets left over from the financial crisis and discontinuing minor activities.

But few have made drastic calls to cut unprofitable business lines altogether. Britain’s state-owned Royal Bank of Scotland, which is ditching most of its equities and M&A units, is among the few to have gone so far.

Without more restructuring, European investment banks will resort to cutting prices to win more business, which will further weigh on returns further.

“If revenues were to revert back to “normal” levels of 2006-2007 and 2010, the industry can make a return ahead of cost of equity,” said Kinner Lakhani, an equity analyst at Citi.

“But if there is further significant pressure from (regulation), restructuring of the industry will have to go further,” he said.

Much of the pick-up in the first quarter came from the very profitable but volatile trading floors that stand to lose most from the new regulation, and that many doubt will fully recover to pre-crisis levels.

Big bond traders like Barclays and Deutsche Bank, along with U.S. firms JPMorgan and Goldman Sachs, are likely to benefit.

In 2012, fixed income, currency and commodities trading revenues may only pick up 1 percent on depressed 2011 levels, analysts at Barclays predicted, while equities could be up 5 percent, despite a shaky first quarter.