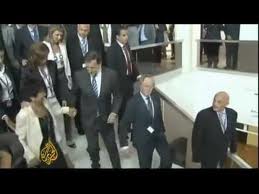 It has been a big week in Europe, with what was for a long time seen as a periphery problem now clearly heading towards the core.

The big economies of Spain, Italy and even France are now looking increasingly shaky.

Spain’s problems are probably the most acute; the cost of borrowing is around seven per cent for Madrid at the moment and that is a psychologically important level as it is the level at which Greece, Ireland and Portugal needed international financial assistance.

But there are some concerns that the $125bn Spanish bank bailout was botched.

The eurozone is not lending the money to the banks directly. Instead, it is being passed through the government, which in effect adds to the nation’s debt problems and makes it more difficult for Spain to borrow money.

JPMorgan believes that Spain’s bailout will push the country’s debt-to-GDP ratio to 108 per cent – up from the current figure of around 70 per cent.

And then there is the risk of contagion and the impact it may have on Italy. Italy does not have the same property and unemployment crises as Spain, but its debts do stand at 120 per cent of its GDP.

On this episode of Counting the Cost, Al Jazeera’s Paul Brennan meets one Spanish family feeling the full force of Spain’s problems.

Then we speak to Ebrahim Rahbari, an economist at Citigroup, which was the first to say that Spain would need a bailout and ask him if he thinks the bailout will really succeed in targeting the banks’ instability.