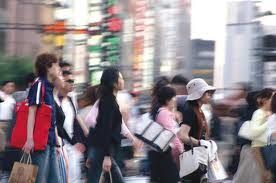 At the end of last month, the U.S. Federal Reserve brought down the curtain on its $600 billion “quantitative easing” initiative, a U.S. Treasury-bond-purchase program that investors liked to refer to as “QE2.”

Fed Chairman Ben S. Bernanke has indicated that he does not intend to carry out a follow-up “QE3” program.

But here’s the reality: The U.S. federal deficit is running at about $1.6 trillion, meaning we need to sell a lot of Treasury bonds to finance the shortfall. So if the Treasury-bond market gets a case of “indigestion” – meaning there aren’t enough buyers to fulfill our massive financing needs – many folks believe that Bernanke will have to step in with the-much-talked-about “QE3” bond-buying program.

But Ben, please be forewarned: If you do this, our future is clear …

A Glimpse of Our Future

The year is 2015, and it’s late in the month of June. Central bank policymakers have been meeting for two days. Now it’s late in the afternoon of that second day, and Bernanke’s traditional press conference is set to start at any moment. Investors the world over have stopped everything to hear what the U.S Fed leader has to say.

Bernanke is still not the longest-serving Fed chairman: With only nine years under his belt, he has a decade to go before he’d have more service time than predecessor Alan Greenspan, or the legendary William McChesney Martin.

But as Fed chairmen go, Bernanke is uniquely powerful – perhaps even more so today than he was back in 2011. We all know that he won’t change interest rates, which have now been held in a target range of 0.00% to 0.25% for nearly seven years. The real question – and the reason we’re waiting for the press conference to start – is whether the former Princeton economist will indulge the financial markets with a further round of quantitative easing.

This round of Treasury bond purchases would be “QE17” – but these days, nobody’s counting.

Wall Street is pleased with Bernanke; after all the Dow Jones Industrial Average has just passed 36,000, the target set for it by James K. Glassman and Kevin A. Hassett way back in 1999.

Since the U.S. stock market has trebled in value since 2011, a lot of people on Wall Street have made huge amounts of money. So, too, has the tech sector; the recent initial public offering (IPO) for Faceless.com – the “anti-social network” that allows you to block your personal data from being seen by friends, competitors and the Russian Mafia – was an enormous success. It now has a valuation of more than $200 billion.

The U.S. Economy Under QE17

Bernanke has told us that inflation isn’t a problem. The latest report on the consumer price index (CPI) from the U.S. Bureau of Labor Statistics says that prices are up 0.8% for the month and 9.3% for the year, with “core” prices somewhat lower – pretty tolerable considering the economy’s ongoing difficulties.

Admittedly, the BLS no longer has the credibility it used to enjoy. Perhaps that has something to do with the fact that, back in 2013, U.S. President Barack Obama chose an aide to former Illinois Gov. Rod Blagojevich to run it. Private consultants are rumored to have estimated the actual annual U.S. inflation rate at somewhere between 160% and 170%, but their report was suppressed under the Patriot Act as damaging to U.S. national security.

There is a lot of grumbling about unemployment, but both the Fed and the Obama administration firmly maintain that high unemployment is inevitable for at least a decade after a financial crash like the one we lived through back in 2008.

The official unemployment rate is only 10.2%. But the real problem is that the work-force participation rate has sunk from its level of 65% before the crash to its current level of 48%. That means there are an extra 40 million “discouraged” long-term unemployed workers who are not included in the official statistics. On the whole, however, those jobless folks may actually be better off than they realize: With gasoline at $22 a gallon they couldn’t afford to commute to work anyway.

When General Motors Co. (NYSE: GM) moved its entire operation to China in April, it caused quite a scandal – not surprising, given that U.S. taxpayers had bailed it out for a second time. (Besides, we warned you back in 2009 that this would happen.)

But since the carmaker could borrow in U.S. dollars at 4% and invest in the land of the strong renminbi (the yuan has risen only 40% against the dollar this year – much less than last year – because China’s currency is being held down by its government), GM’s CEO said it would be madness not to do so.

Making cars in the United States made no sense anymore anyway, since it was impossible for GM to meet the new U.S. fuel economy standards. GM’s departure meant more unemployment, but the capital-gains tax on the Faceless owners’ IPO gains would help pay for that, at least at the federal level.

One welcome development has been the rise in U.S. housing prices since they bottomed out in 2011 – the S&P/Case-Shiller Home Price Index is up 80% since then. Of course, it’s very regional: With unemployment so high, foreclosures are still abundant in many areas. But the Las Vegas housing market, in particular, has been strong, as gambling by the newly rich from Wall Street and Silicon Valley has become one of the few bright spots in the otherwise-moribund U.S. economy.

Another bright spot is foreign trade. Imports have gone up far less than exports, since foreign exporters won’t accept payment in dollars anymore. Only those lucky people with holdings of gold – steady today at $27,000 per ounce – or export businesses of their own can buy foreign luxury goods. With GM having moved to China, Ford Motor Co. (NYSE: F) is enjoying a booming resurgence – although there is an argument that Ford’s success in meeting the fleet fuel economy standards by selling millions of its Ford Stallion-brand bicycles is in some way cheating!

Ah, Bernanke’s on TV now. Yes, he’s announcing another round of quantitative easing – not a bad idea, since the U.S. budget deficit is now more than $5 trillion and another nasty debt-ceiling debate is in the offing. Of course interest rates will stay at zero – the Fed must worry about unemployment, after all. And we can stop worrying about inflation; Bernanke says the recent rise to 9% is only temporary!

Chalk it all up to a sign of the times – and a look at life in America under QE17.